Edjean Semeleer honored for his contribution to the culture of Aruba.

ORANJESTAD - The Minister of Culture Xiomara Maduro honored Edjean Semeleer during his Christmas TV show “Hey ta Pasco” at Ser’i Noka, for his generous contribution to the Culture of Aruba. 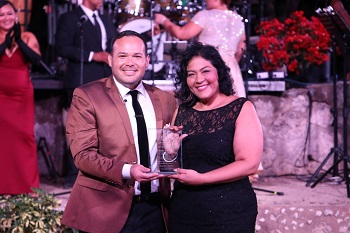 Edjean has an artistic track record of 25 years, having initiated his singing career at the age of 3 years, singing at family concerts, as participated at Voz-I-Landia, has recorded many songs. He also organizes his popular concerts during the holiday season.

•    Award of Cultural Person of the Year;

The Minister of Culture in the name of the Government is congratulating Edjean for his 25 years of contribution to our culture. 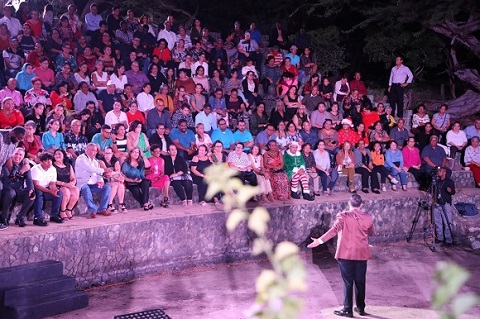