Refinery and terminal transferred to Aruba

ORANJESTAD - On Friday, February 28, 2020, the Refinery of Aruba (RDA) and CITGO signed the transfer agreement that will now put the operations of the terminal and refinery into the hands of RDA.

The official transfer took place on 29 of February 2020. 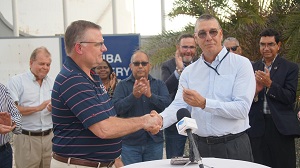 After the presentation in Parliament, they will initiate the process of finding a new operator for both the terminal and the refinery. 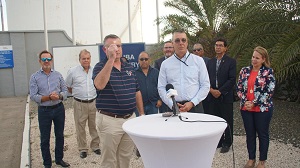 For the very first time in history, Aruba, through the RDA and the Energy Terminal of Aruba (TDEA), both state-owned companies, will temporarily operate the transshipment terminal. The RDA/TDEA will be responsible for the maintenance of the refinery while the Government seeks new investors/operators.

The Government of Aruba immediately informed the Parliament after completion of the transfer and had a press briefing at the refinery’s gate.

The transfer was done on a low key since it was not the termination of the agreement yet. The termination is official with the approval of the Parliament.