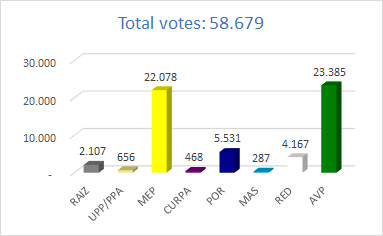 The seats in Parliament.were initially allocated to the following candidates. 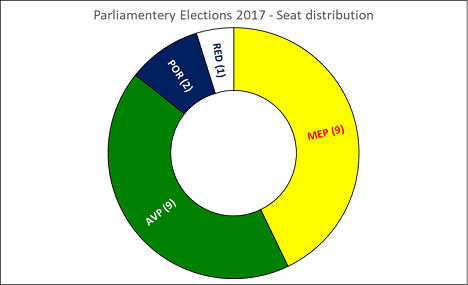 The following is a list of the individuals who have received the most popular votes for the Aruba Parliamentary elections over the period 1985-2017.

Below you will find the preliminary election results as presented on the homepage of this site on election night.