A national holiday with great historical importance for Aruba is Betico Day. On January 25, Aruba commemorates the birth of the charismatic Aruban political leader, the late Gilberto Francois (Betico) Croes. 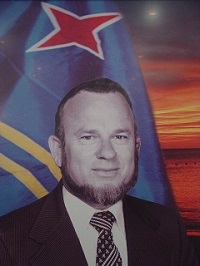 Gilberto François "Betico" Croes was born in Santa Cruz on January 25, 1938. After his secondary education in Aruba, he went to Holland to study at the Pedagogical Academy in Hilversum. In 1959 he obtained his certificate as a school teacher. After returning to Aruba, he started teaching at the Sint Jozef School and the Sint Antonius College in Santa Cruz.
In 1967, the political career of Betico Croes started, initially as a member of the Arubaanse Volks Partij (AVP). He sat in the first Bestuurscollege (Insular Government) of Aruba as Deputy of Education. In 1971, he founded (with Watty Vos, Daniel Leo and Efrain de Kort) the Movimiento Electoral di Pueblo (MEP). From the founding of this party till his death, he held the position of president and party leader. However, he never sat as a deputy in the Aruban Insular Government nor has he ever been a minister in a cabinet of the Netherlands Antilles. Instead, he was a general advisor of the Aruban coalition governments in which the MEP took part.

As a politician, Betico Croes devoted himself mainly to the self-determination of the Aruban people. In 1976, he took the initiative to adopt an Aruban flag and an Aruban anthem. Betico Croes and the MEP strived for a separate status for Aruba within the Kingdom of the Netherlands, independent of the Netherlands Antilles. On March 25, 1977, on his initiative, a referendum was held (turnout 82%), in which a majority of 57% of the Aruban people opted for independence. Later it became the Status Aparte. 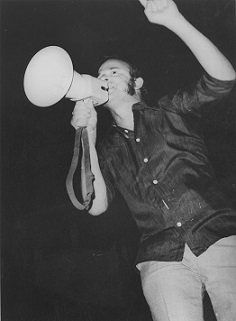 In 1977, when the MEP as the majority party on Aruba was excluded from the Central government, Betico Croes called upon the Aruban people to rise against the domination by Curaçao. The situation escalated and Curaçao sent riot troops to Aruba. The Dutch government then began to recognize that the demands of Aruba had to be taken very seriously, and they invited a delegation to The Hague for talks. There Betico Croes successfully pleaded for the Status Aparte for Aruba.
Betico Croes led the Aruban delegation during the decisive Round Table Conferences in February of 1981 and in March of 1983, where he succeeded in obtaining the Status Aparte for Aruba as of January 1st, 1986. A condition of the Netherlands was the total independence of Aruba ten years later, on January 1st, 1996. That clause was withdrawn in 1990.

On December 31, 1985, on the eve of Status Aparte, Betico Croes was involved in a traffic accident in which he got seriously wounded. He lapsed into a coma and would never regain consciousness. Almost eleven months later, on November 26, 1986, he passed away.
Betico Croes is considered as 'Libertador di Aruba '(Liberator of Aruba).

As stated before, Betico Croes was the advocate of the Aruban flag and the anthem “Aruba Dushi Tera”, which were both adopted in 1976. On March 18, the ‘Dia di Himno y Bandera’ (Day of Flag and Anthem) is being celebrated as an official holiday. The date of birth of Betico, January 25th, is an official holiday too, ‘Dia di Betico’ (Betico day). The Nassaustraat, the main street in downtown Oranjestad, has been renamed ‘Caya Gilberto François (Betico) Croes’, in short the Caya Betico Croes, after his death. The square behind the Cas di Cultura (Cultural Centre) on the Vondellaan, has been named after him: “Plasa Libertador Betico Croes”. There stands a statue of him, as well as the square dedicated to him next to his birthplace at the central intersection of Santa Cruz. This square is now called "Plasa Status Aparte Betico Croes.

The most famous quote of Betico Croes is without a doubt: "Si mi cay na caminda, gara e bandera y sigui cu e lucha". (If I might go under along the way, pick up the flag and go on with the fight). 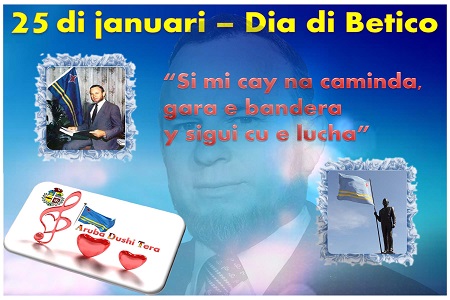