IASA, STA, SEPPA, and TOPA met with the Minister of Justice Mr. Andin Bikker who informed them about the proposal he presented to the Council of Minister to appoint Mr. Andrew Hoo in charge with the management of the IASA as chief. 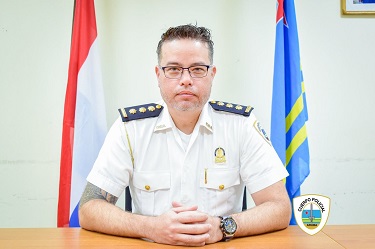 According to the Minister, Mr. Hoo did accomplish many important tasks in the short time he served at the Fire Department but is now ready for a new challenge. The Minister emphasized that Mr. Hoo’s background is in border protection and law enforcement. Based on this, the Minister proposed his plans for Mr. Hoo to the Council of Ministers as the new chief of the IASA/Immigration of Aruba.

As to the meeting with the unions, this went well and the unions were pleased and positive with this nomination. According to the unions representing the IASA employees, they have been requesting a change in management for a while now and are now excited with this decision. The Minister evaluated Mr. Hoo’s experience and expertise talked to him and agreed he was the right man for the position at the IASA/Immigration Aruba.