ORANJESTAD – On July 20, 2022, a ceremony was held at the Alhambra Ballroom to celebrate and recognize the loyalty of 28 employees of the Divi Resort. For this occasion, the General Director of the Divi & Tamarijn, Mr. Marin Bijl, presented plaques to the employees.

These employees celebrated their anniversaries in the second quarter of 2022. The Minister of Tourism and Public Health awarded these employees with a well-deserved plaque to recognize their outstanding efforts in the hospitality industry. 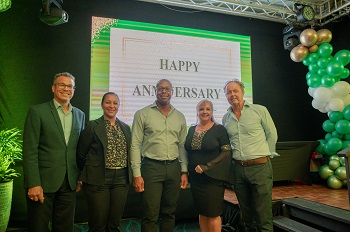 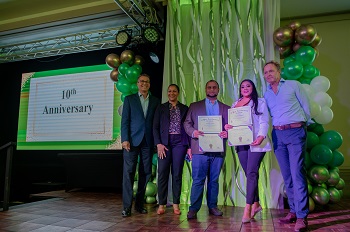 These 28 employees work in different positions and resorts of the Divi: 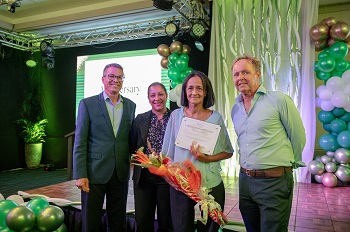 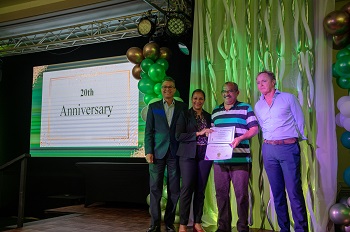 Congratulations to Mrs. Emelinda Tromp and Mr. Jorge Lugo on their 45th anniversary.Mrs. Emelinda started 45 years ago on May 6, 1977, as Room Attendant, at only 17 years of age. Mr. Lugo started working on June 24, 1977, as Houseman and got promoted to busboy, waiter, captain, and F&B supervisor in 1989.

Divi Resort opened its doors in 1969 as Divi Aruba and grew into a company with five resorts in Aruba, of which three are Timeshare. It proves that Timeshares do well even in tough times. 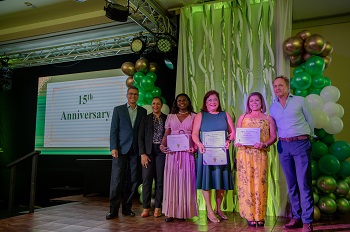 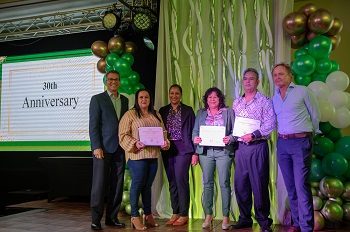 The Minister of Tourism, Dangui Oduber is grateful to all 28 Divi employees for their outstanding efforts, loyalty, and  contribution to our tourism industry. 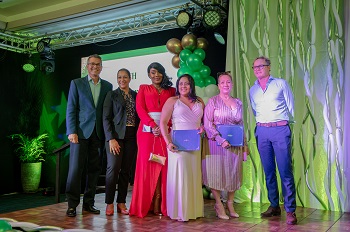 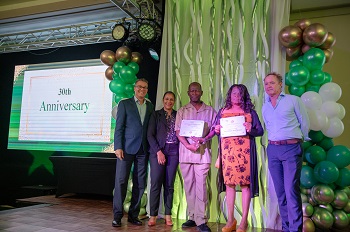