Aruba has its Dog Control Unit

ORANJESTAD – On Wednesday, April 14, 2021, the Dog Control Unit was inaugurated. 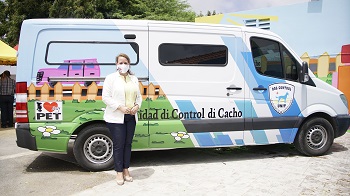 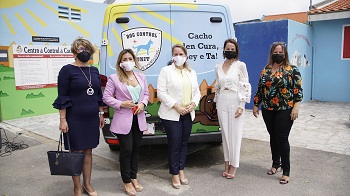 Prime Minister Evelyn Wever-Croes attended the inauguration and expressed that since its, many positive things did happen at the Dog Control Center. The most important aspect is that the so-called kill cage was eliminated. Now there is a Center for dog control in its place. A place under responsible management, where the majority of unwanted pets brought in by their owner, get a second opportunity.

Now Aruba finally has a Dog Control Unit, and its main task is to pick up stray dogs, including those with an owner. The goal is to reduce the number of stray dogs to a quantity that does not cause a nuisance to the dogs themselves, to children, athletes, drivers, and tourists. The Dog Control Unit brings the dog to the Center for Dog Control to find out whether it can be reunited with its owner. 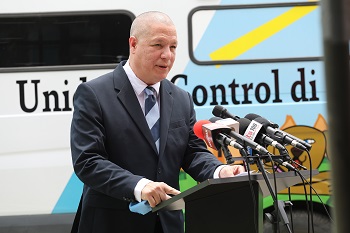 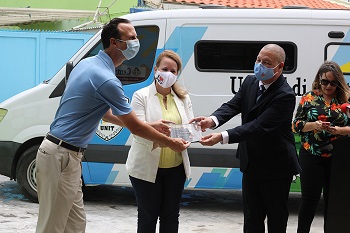 It is important to point out that Dog Control Unit does not pick up dog carcasses on the streets. This is the task of Serlimar.

The goal is not only to pick up stray dogs. The Dog Control Unit will also control compliance with the dog ordinance, which is in effect since 2015. This is a cooperation between the police department and the Bureau City Inspector. The Dog Control Unit van was facilitated by the Minister of Justice and was symbolically delivered to the Bureau City Inspector to perform this function. If the unit picks up a dog from the street and it is later determined that it has an owner, the dog owner will face the consequences as stipulated in the dog ordinance. Therefore all dog owners are advised to keep their dog in their yard.