ORANJESTAD – It is with great pride and much pleasure that Aruba Airport Authority N.V. (AAA) can officially announce the addition to an existing European route out of the United Kingdom.

Starting in March of 2023, we will be able to also welcome -British Airways with a twice-weekly service out of London Gatwick airport next to our current partner TUI UK who operates seasonal service out of this gateway. 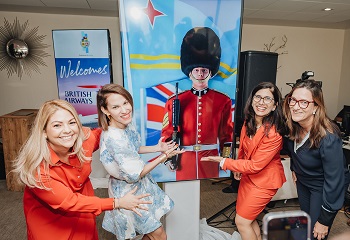 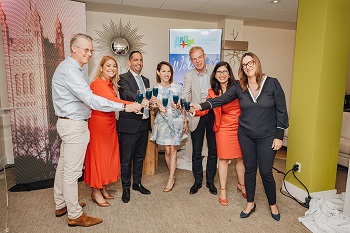 British Airways will fly to Aruba year-round, on Thursday and Sunday, with a stop in Antigua. The LGW-AUA flight will be operated on a 336-seat Boeing777-200ER, offering 32 Club seats, 52 World Traveller Plus, and 252 economy seats.

AAA working closely on this with the Aruba Tourism Authority has been in talks with British Airways since 2015 during various routes conferences and at their headquarters in London. During the past ten months, these talks and subsequent negotiations intensified and have now crystalized in announcing this service today.

KLM and TUIFly Netherlands, operating out of Amsterdam and TUI Airways limited out of London Gatwick, are serving our market in Europe. Currently, the European market share represents 8% of the total number of passengers handled at AUA Airport, with 44 flights in July adding up to 16,443 seats for this month. KLM operates 7 flights each week, TUI NL 3 flights and TUI UK 1 flight, being a seasonal operation.

London Gatwick Airport (LGW) is a major international airport located near Crawley, West Sussex, England, approximately 29 miles (47 km) south of Central London. LGW handled 6.9 million pax in 2021 and pre-covid over 46 million. Gatwick was the world’s first airport to have a direct mainline train link with a dedicated railway station connecting to more stations than any other European airport station. The journey time by rail to central London is 30 minutes with trains running every three minutes. 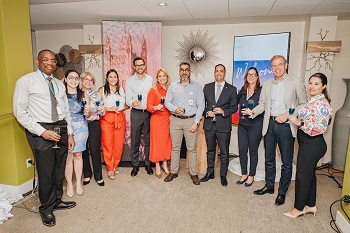 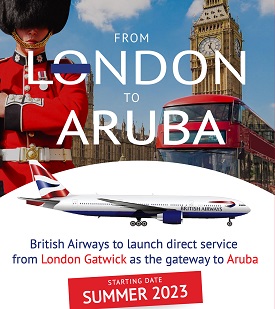 British Airways is a global airline, bringing people, places, and diverse cultures closer for more than 100 years. Serving their community and planet is at the heart of everything they do, and they are venturing into exciting sustainability initiatives. At British Airways, they are on a journey to create a better, more sustainable future and call this their “BA Better World” initiative. British Airways operates one of the largest and the most modern fleets of any airline in the world with aircraft such as the B777-200ER used for the Aruba route, B777-300, Airbus 350-1000, Airbus 280-800, and many more. Currently, British Airways serves the following destinations in the Caribbean region: Antigua, Bahamas, Bermuda, Barbados, Cayman Islands, Dominican Republic, Jamaica, Grenada, St. Kitts, St. Lucia, and Trinidad and Tobago. The total number of flights operated weekly into the Caribbean is 70, with a 21,083 seat capacity.

Mr. Joost Meijs, Chief Executive Officer of the AAA commented: Another milestone for the island’s tourism industry with a direct year-round scheduled service between London Gatwick Airport and Aruba. Introduction of this direct service is a goal we have long been working towards, and we are thrilled that our air service development efforts have borne fruit. In a highly competitive arena, it is essential to have a direct year-round scheduled service and easy connections from major markets. This is a real team effort, and I am convinced that it will become a success!

AAA is proud to report that they handled 777,826 outbound passengers at AUA Airport this year, of which 101,791 were from Europe. Europe represents a total market share of 14% of all the arriving passengers. Overall, when looking at all markets served by AUA Airport, a recovery of 91% has been enjoyed up to now versus 2019. In July, they saw a recovery of 99% versus the same month in 2019. The current market share per airline for Europe is 66% KLM, 21% TUI, and 12% TUI UK.