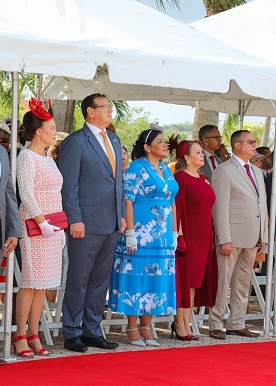 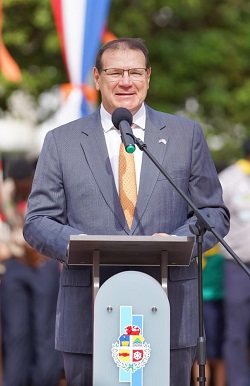 The National Days Celebration Commission (CCDN) prepared a ceremonial program for this special occasion. For this occasion, the reception commission consisting of the Minister of Culture Mrs. Xiomara Maduro, Vice President of the CCDN Mr. Junior Arends, Dutch Marine Base Commander, Head Commander Mr. Bart van Beekhuizen and Chief of Police Mrs. Irma Gordon, welcomed the Governor of Aruba His Excellency Mr. Alfonso Boekhoudt upon his arrival at the Wilhelmina Park.

After the Governor’s Military Inspection and salute to the Honor Guards formed by the uniformed youth group, the Governor gave the green light to proceed with the ceremonial act. The Dutch national anthem, followed by the national anthem of Aruba, was presented by the Dutch Marine’s military band. Ministers, Members of Parliament, the Felipe B. Tromp Youth Cup Commission, Oranjevereneging, Consular Corps, and other guests also attended ceremony. In his speech, the President of Parliament, Mr. Edgard Vrolijk, congratulated the King on behalf of the Aruban community. His Excellency Governor Boekhoudt, also gave a speech.

The ceremonial act proceeded with a presentation by Pierewietje that danced and sang songs like “Fiesta di color”, “Op een onbewoond eiland” and “Fit top Tien” under the direction of Mrs. Martha Figueroa. 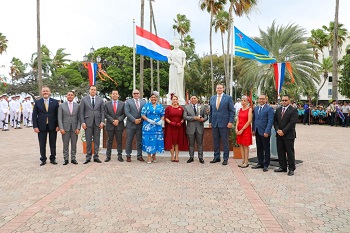 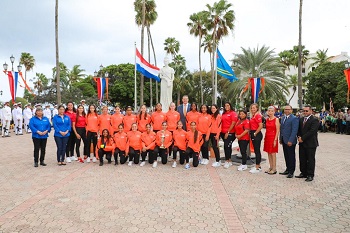 The Governor Felipe B. Tromp Youth Cup was awarded to the U14 female soccer National team. In August 2021, they participated in the Caribbean Union Under 14 Challenges Series in the Dominican Republic and finished in first place and undefeated in Tier 2.

The Encouragement Award was presented to Aaron Arenas by the Governor. Aaron Arenas is a student at the EPI. From an early age, he was a member of scouting and very active and outstanding both socially and culturally. 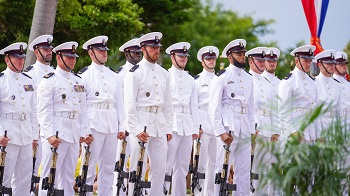 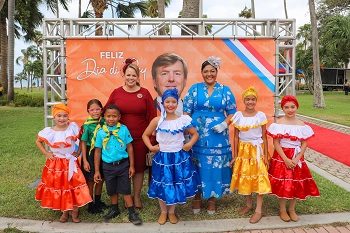 After the official ceremony, a parade was held in front of the Wilhelmina Park, consisting of 700 scouts from local Scouting groups.

Minister Maduro wished the Dutch King a happy 55th birthday and the Aruban community with the celebrations of King Day 2022.
The Minister also expressed gratitude to the CCDN and Renaissance Wind Creek Aruba for their outstanding collaboration and congratulated the U14 Female soccer team and Aaron Arenas on their awards. 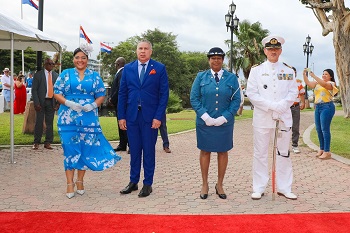 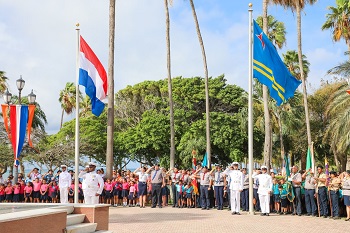 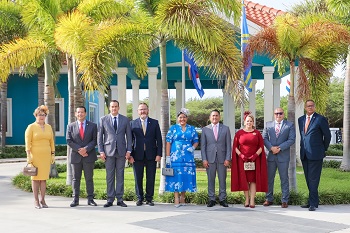