ORANJESTAD – The Minister of Culture announced the changes in the celebration of the Saint John’s on June 24 due to COVID 19.

Since crowds are restricted there cannot be any celebrations at the neighborhood centers like they used to. This year’s celebration will go back to the basics of many years ago, a celebration at home with the family. Additionally, the Fire Departments urges everyone not to light fires, since this can affect many, especially now with the Sahara Dust. 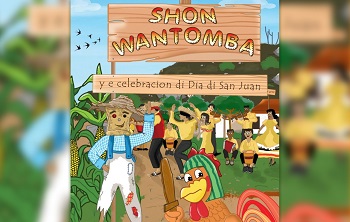 The Department of Culture (DCA) has prepared a school project for “Dera Gay 2020”.

This year all first-grade students of primary schools and students from prep schools will receive a copy of the book titled “Wantomba and the Saint John’s Day festivities”, a book about the origin of Saint John’s Day. The book is written by Edselyn Figaroa and designed and illustrated by Leidys Ledezma.

In addition, all primary schools will receive a digital copy of the book on a USB including a short film that will be delivered by the DCA. This can be presented to the entire school or each class. For more information please contact Mrs. Marlene Lampe at 582-2185. 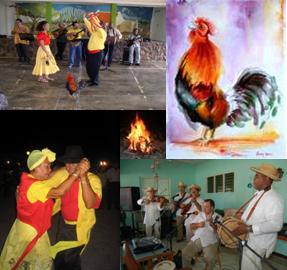 The Ministry of Culture, UNOCA, DCA, and Commission for the Celebration of Saint John’s day together with TeleAruba will host a live program about the Saint John’s day “Dera Gay”. This program is scheduled for June 24 from 6 pm to 8 pm on channel 23 and 42. This program will talk about Saint John’s day festivities as they were celebrated back in the days, with family at home. There will be live music, dancing, interviews, and interactive games for the viewers.

The Minister of Culture invites the community to watch this program, especially with their children. It is important for the children to be well informed about the festivities and traditions of the popular Saint John’s Day. 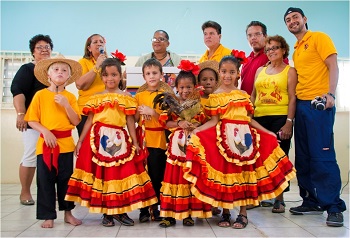 The cultural celebration of St. John the Baptist (San Juan) popularly known as Dera Gay (Bury the Rooster) dates from 1862 and is greatly celebrated every year on June 24.

Both the government and private cultural organizations make the necessary preparations for the cultural festival on June 24, the day of John the Baptist, and the burial of the rooster. There are several stories about the origin of this religious and cultural festival. 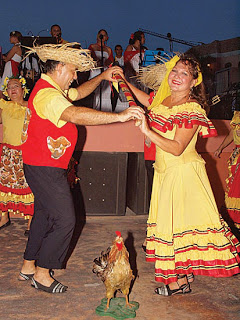 The religious origins may have to do with the birth of John the Baptist. The cultural origin refers to the harvest festival. However, Dera Gay is known more as a cultural festival with music, dance, singing, and the like. The predominant colors being used are yellow and red: Yellow symbolizes the Kibrahacha tree that is in full bloom in June and red as a symbol of the fire that is lighted everywhere on the eve of St. John Day (to announce the festivities the next day).

The tradition dictates that on the day before the Dia di San Juan, so on June 23, farmers will burn remnants of corn sticks to begin than with a new planting and harvesting period. The burning also symbolizes the cleansing that must first take place before you can start again. 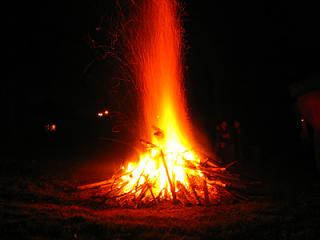 The festivity takes place on June 24 and begins at sundown and consists of several components, including a jump dance over burning wood to ward off and/or overcome illnesses and accidents.

The famous dance entails that each blindfolded participant gets a turn to kill the rooster with a stick. For ethical reasons currently no live rooster is used but a fake cock or a calabash. There is also a flag dance. Several flags are put in the ground and a blindfolded participant must find the flags. The ceremony is accompanied by folk songs and music. The musical instruments that predominate are violin, wiri and tambu. The song that is sung dates from 1862. The festival also involves a lot of eating and drinking.

The festivity itself has enjoyed since the seventies again much popularity among locals and also in the school's attention is paid to this cultural event.

In this leaflet, you will find more information regarding the celebration of St. John the Baptist.