The Governor of Aruba, His Excellency Alfonso Boekhoudt, received the delegation for an audience at Cas Ceremonial di Gobernador on Thursday, July 1, 2021. In the multidisciplinary center, which is to be realized, judicial and social institutions will work from one location and provide services to victims of domestic violence, child abuse, and sexual violence. During the audience the Governor was informed about the background, the objectives, the results already achieved, and the plans for the future. 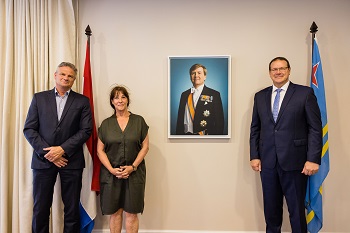