ORANJESTAD - Since March 2020, the Product Inspection and Hygiene Service and Medical policy of the Department of Public Health (DVG), has been in contact with all three funeral homes in Aruba to establish the policy on handling Covid-19 deceased.

They met with the 3 funeral homes; Aurora Funeral Home, Ad Patres Funeral Home, and The Olive Tree Funeral Home to establish the management and protocols for individuals who passed away due to Covid-19 according to the guidelines determined by the WHO and the DVG.

The WHO’s guidelines do not prohibit the preparation of the deceased nor mandates the casket to remain closed during the funeral. Since the beginning of the pandemic, because of fear of virus transmission, all three funeral homes agreed to not open any casket containing Covid-19 deceased body. This was a mutual agreement between the three funeral homes to protect their employees. 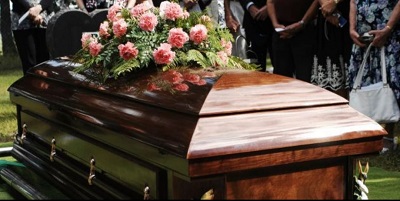 Now, after 11 months, the DVG noticed that one funeral home has decided to allow the preparation of the deceased for their funeral, while the other funeral homes have decided not to allow this yet. It is the funeral home’s prerogative to change their decision. The internal policies of funeral homes are decided by each funeral home. Hpwever, according to the DVG, they should have notified both the DVG and the Crisis Team about their decision and not just abruptly change this after 67 people were buried since March 2020, according to the previously agreed protocols.

During a recently held funeral, the Crisis Team ordered the immediate closing of a casket as the funeral service was ongoing in church. This, as previously indicated, considering the 67 individuals who were buried as stipulated in the protocols agreed upon in 2020 that had their casket closed during the funeral.

The Crisis Team applied the same principle that was valid for the previous 68 covid-19 deceased.

The DVG understands the emotions of each family who lost a loved one due to this pandemic.