ORANJESTAD - His Majesty King Willem-Alexander has granted the right to use the Predicate Royal to the Aruban company Aruba Aloe Balm N.V.

This is the first time since the introduction of the Predicate Royal by King Willem I in 1815 that the designation has been granted to an organization in the Caribbean part of the Kingdom. On April 22, 2021, the Governor of Aruba, His Excellency Alfonso Boekhoudt, presented the Certificate and Royal Decree belonging to the designation to the owners of Aruba Aloe Balm N.V. 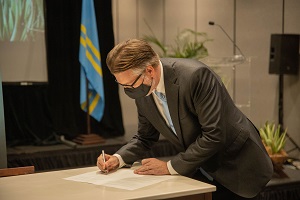 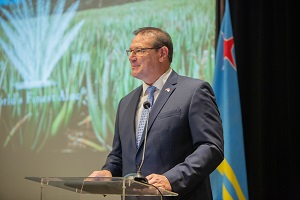 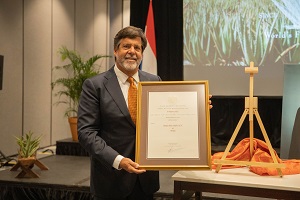 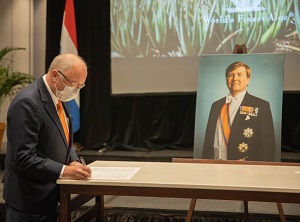 The official presentation of the Certificate and Royal Decree took place in the Ballroom of the Hilton Aruba Caribbean. After a speech by the Governor, the Certificate and Order were unveiled and received by the owners of Aruba Aloe. The Provisions for the Royal designation, which include the obligations that come with the right to use the designation, were then signed by two directors of Aruba Aloe, Remko van der Veldt and Jacobus Veel. Louis A. Posner (shareholder) and Remko van der Veldt thanked the Governor of Aruba, as representative of the King, for granting the right to use the designation, Royal. In their speech, they also told about the origin of Aruba Aloe, the developments the company has gone through in the years, and where it stands now.

For Aruba, it is a great honor that an Aruban company, as the first in the Caribbean part of the Kingdom, has been granted the right to use the designation, Royal. The Governor of Aruba congratulates Aruba Aloe Balm N.V. with this special award. 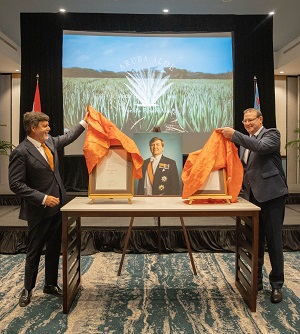