In her role as formateur, Mrs. Wever-Croes regularly updated the Governor during the past weeks on the progress of the implementation of the formation task. 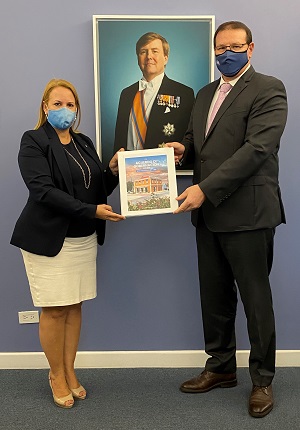 In addition to handing over the coalition agreement, the formateur also informed Governor Boekhoudt about the portfolio distribution. In the new cabinet, the MEP will have six ministers, namely the Minister of:

RAIZ will have two ministers, namely the Minister of: