ORANJESTAD - On May 4, the Governor of Aruba, H.E. Alfonso Boekhoudt, attended the Commemoration of the Dead in the evening. In connection with the COVID - 19 virus, the commemoration took place in an adapted form. 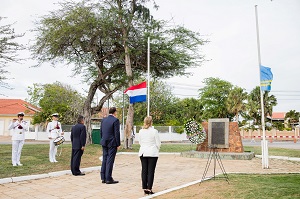 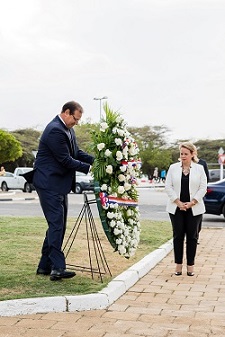 The Governor, in the presence of the Prime Minister, Evelyn Wever-Croes, and the vice-chairman of Camarada Aruba, Jacobo Henriquez, on behalf of the entire Aruban population, laid a wreath at the monument. The tattoo signal signaled the two-minute silence. The Tattoo is the trumpet signal that heralds the two minutes of silence. The two-minute silence was traditionally followed by playing the Dutch and Aruban national anthem. The music was provided by Tamboers and Pijpers of the Marine Corps Base in Savaneta. 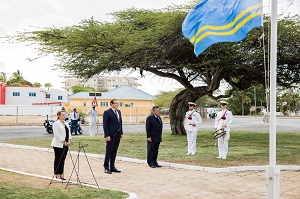 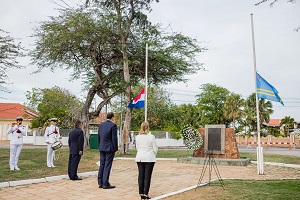