ORANJESTAD – On May 21 2021, Minister Andin Bikker in presence of the representatives labor unions TOPA of TOPA, SEPPA and SPA and Immigration Chief Mr. Andrew Hoo, signed the establishment decree for a new department; Immigration Aruba.

In order to incorporate the services currently provided the IASA into a new organization called “Immigration Aruba” it was required to have the ‘Establishment decision’ and ‘formation plan’ in place. 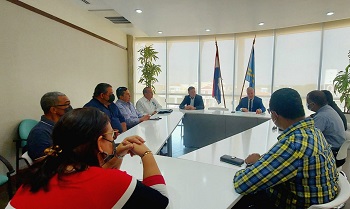 For a vast support, the Minister met since 2018 with the Union representatives of TOPA, SEPPA and SPA including the HR Department of the Government DRH. In the months of February and March 2021, the parties reached a consensus. The importance of this milestone is that from now on, the legal position and labor perspective of the employees is better structured. Besides, the tasks of the organization have been formulated better in relations with the challenges encountered at the border due to the situation in the world and in the region. This provides a real perspective for many employees who have seen their promotion being held back for many years. Some have been waiting for their promotion since 2013 without actually receiving it. With the new organization, promotions will be structured and handled properly.

They are the first and last faces that are seen by over 1 million visitors yearly, as they check thousands of guests arriving and departing daily at the border either at the port of call or at the airport. 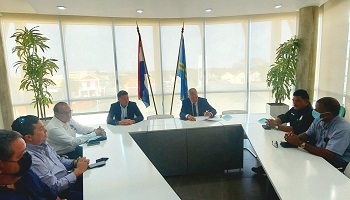 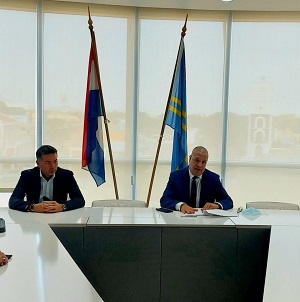 The history of Migration Aruba