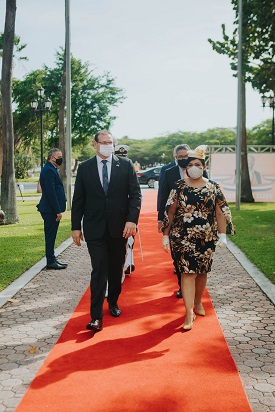 For this occasion, Governor Boekhoudt was received in the Wilhelminapark by the Minister of Finance, Economic Affairs and Culture, Xiomara Maduro, by Lieutenant Colonel Art van Beekhuizen and by the Chairman of the 'Comision Celebracion Dianan Nacional' (CCDN), John Flemming.

After an inspection of the armed guard of a unit of the Marine Corps, the flag of the Kingdom and the Aruban flag were raised during a short ceremony, followed by the playing of the respective national anthems by the drums and pipers of the Marine Corps.

The President of the States of Aruba, Mr. Juan E. Thijsen, made a speech, followed by dance presentations by the groups Gucci Dancers and Pierewietje.

At the conclusion of the ceremony the Commander of the Armed Forces discharged his unit and paid his respects to the Governor of Aruba. Subsequently, Governor Boekhoudt was escorted out to the A-1 after which he departed from the Wilhelminapark under motorcycle escort. 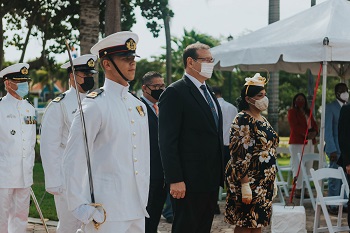 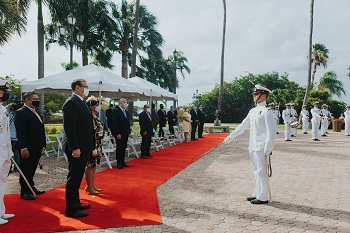