ORANJESTAD - The Governor of Aruba, His Excellency Alfonso Boekhoudt, received Mr. Eddy Werleman and Ms. Tisa LaSorte on Thursday afternoon, June 8, 2021 for an audience at the Cabinet of the Governor.

During this conversation, the mediators  updated the Governor on the progress of the information mission issued to them last Monday. In recent days the mediators have explored the possibilities for the formation of a stable cabinet that enjoys the confidence of the largest possible majority in the Parliament.

The discussions have shown that such a cabinet can be formed. Today, the political parties Movemento Electoral di Pueblo (M.E.P.) and RAIZ signed a declaration of readiness in which they declare their willingness to form a coalition government together for the period 2021 - 2025. 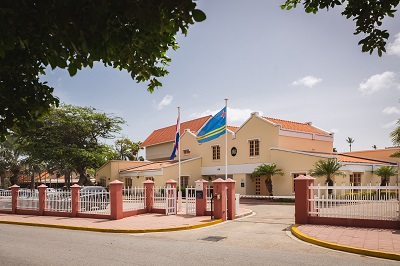