ORANJESTAD - Recently, the Minister of Economic Affairs, Communications, and Sustainable Development, Mr. Geoffrey Wever, was invited by the Rotary Club of Aruba to give a speech on what the Aruba Fair Trade Authority will mean in practice for Aruba.

Knowledge about the Competition Authority among the Aruban people is essential. 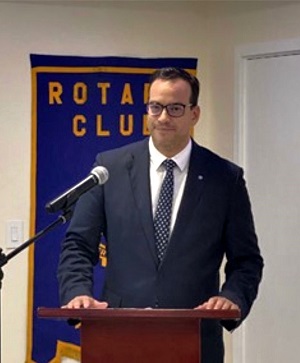 Minister Geoffrey Wever indicated that the Department of Economic Affairs, Commerce, and Industry did a lot of preparatory work to implement the Aruba Fair Trade Authority (AFTA).

In 2012, the Ministry of Economic Affairs, Social Affairs, and Culture commissioned SEO Economic Research (Amsterdam) to conduct research on competition in Aruba and answer how effective competition oversight can be shaped. SEO Economic Research released a report in 2013, "Towards effective competition in Aruba" with their findings and advice. At the time, the research focused on the Aruban market structures and the Aruban economy, and the administrative and legal context. Competition supervision experiences in other countries, particularly in the Caribbean region (Barbados and Jamaica), were included in the study.

Competition in three markets/sectors of interest in Aruba were analyzed:

At the time, the investigation stumbled upon a cartel deal between several supermarkets. Another distortion was caused by maximum prices for a select group of products. There was a high degree of concentration in the market for banking products, which is of concern from a competition law perspective. The interest rate spread in Aruba (the difference between interest paid and received) - a significant indicator of the social efficiency of the market for banking products - was among the highest in the Caribbean. In the ocean container shipping market, the ABC route from Miami was the principal scheduled service serving Aruba. There was a concentrated market on that route with the largest shipping company shipping more than half of the containers from Miami. 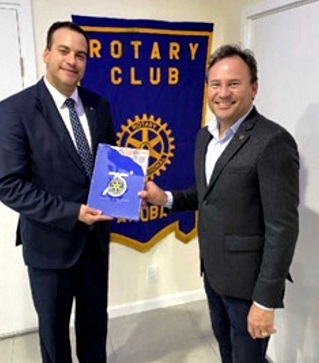 Competition law is generally based on four pillars:

Finally, the Competition Authority also has a role in educating and informing the public and the business community about its duties and the rights and obligations of consumers and businesses facing competition on the island of Aruba. The Aruban competition rules, as contained in the Competition Ordinance, contain both (i) substantive competition law (prohibitions and/or obligations for market players) and (ii) formal aspects such as the structure of the organization and its tasks and powers, the method of enforcement (supervision and investigation) and legal protection (adversarial, objection, appeal, and appeal).