ORANJESTAD - On November 15, 2022, the Minister of Justice and Social Affairs, Mr. Rocco Tjon, gave a speech at the 41st session of the “Universal Periodic Review (UPR) of the Kingdom of the Netherlands” in Geneva, Switzerland. 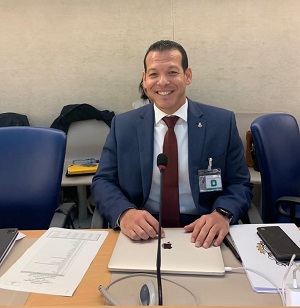 The UPR is a process through which all UN Member States are provided the opportunity to review the human rights records of all other Member States.

This year, they addressed human rights and all that is being done and has been done within the Dutch Kingdom to improve human rights. Since the last UPR meeting. As part of the council of Human Rights of the United Nations, the Universal Periodic Review UPR is a unique process of the UN in which 193 UN members examine each other to bring improvements in the protection and promotion of human rights in each country. During the first session of the fourth cycle of the UPR, the UN members examined the four countries of the Dutch Kingdom; The Netherlands, Aruba, Curacao, and St. Maarten.

Minister Tjon talked briefly about what the government did: 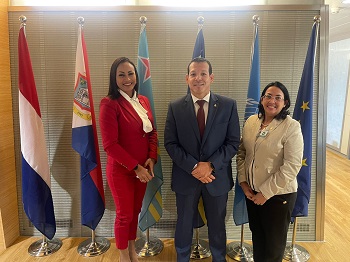 The Minister stated that the government works on better opportunities for each citizen while creating a solid foundation for future generations in a rapidly changing world.

The government believes in a centralized focus on the people regarding their policy-making, where the Sustainable Development Goals (SDGs) serve as the guides in the process and reinforce the implementation of human rights. The national budget of Aruba aligns with the SDGs for this reason.

The Parliament has a special commission that verifies the implementation of SDGs in the budget.