“If you asked me a few years back if I ever thought about the vice-presidency of the IOC, I would have said no, since that would be a dream that would never come true since I come from a small island. But thanks to my IOC colleagues, this dream became a reality”, Nicole said in her first remarks during the General Assembly of the IOC in Tokyo. 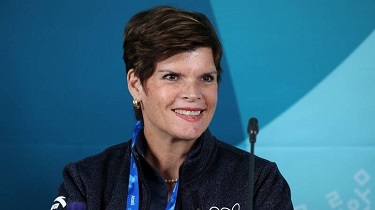 She proceeded to say that we come from a small island and that our sports are not known yet, in sports we have never excelled in the world and that we have never won a medal in the Olympics yet. That is why being elected for such a position within the IOC is something big.

“I come from a small island, I am a woman, and initially I never had the ambition to become Vice President of the IOC. I love sports and work in sports but never with a goal in mind to one day become Vice President of the IOC. At a certain point, you grow and learn more and more. Within the IOC, they encourage growth and progress in your career, your responsibilities become more and your tasks become bigger”. 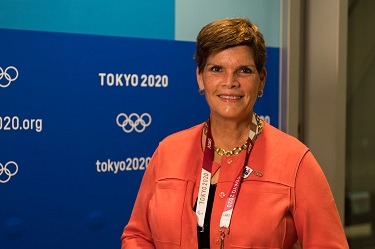 For some years now, Nicole would have become an executive member. However, due to her duties in Aruba, she was unable to combine these work activities, until the opportunity presented itself. Moreover, with the insistence of the IOC President Thomas Bach for Nicole to decide to make herself available as Executive Member of the IOC, Nicole made up her mind and became an executive board member in 2017. This year, the very own Thomas Bach, proposed Nicole to run for the vice presidency, a position she was not even considering. At first, she was hesitant about her being ready for such an important position, but thorough evaluation and considering that there were no other women in the vice president position, Nicole decided it was time to run for the vice presidency.

After the elections, Nicole received 72 votes in favor and seven votes against her.
Nicole received numerous congratulatory letters, including an email from King Willem Alexander.
The Prime Minister of Aruba, Evelyn Wever-Croes, also sends a congratulatory letter on behalf of the Government and the people of Aruba. She thanked Nicole for once more putting the name of Aruba on such a high international level. The Curacao Sport and Olympic Federation also congratulated her. It was a joyful occasion for the American continent, her colleagues of PANAM Sports, ODESUR, and ODECABE, who were all happy and supportive to her.