ORANJESTAD - The Governor of Aruba, His Excellency Alfonso Boekhoudt, opened the parliamentary year 2021-2022 on Tuesday, September 14, 2021, by delivering the Annual Address.

In the Annual Address, the Governor, as head of the government, announced the policy plans for the coming year. The principal theme was the strengthening of democracy in Aruba.

The opening of the parliamentary year of the States of Aruba takes place annually on the second Tuesday of September. As in 2020, this year's opening ceremony was adjusted considering the applicable coronation measures. The usual ceremonial changing of clothes by soldiers of Marine Barracks Savaneta took place in an adjusted form. 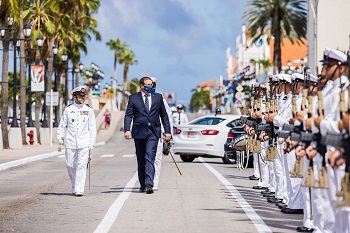 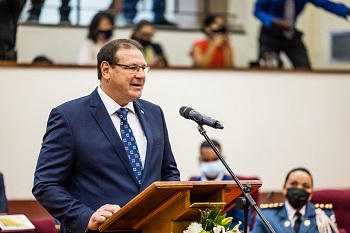 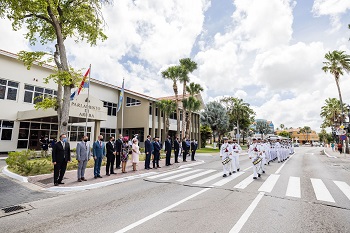