ORANJESTAD -The Central Bureau for Statistics (CBS) is organizing a pilot census that will run from October 3 to 13, 2019.

This in connection with the preparations for the general populations and household (Census 2020) that will be held from October 1 to October 10, 2020.

Compared to the censuses carried out in the past, this one will be conducted 100% digitally, meaning there are important changes and that is why the pilot census is held. 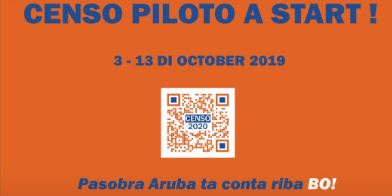 During the pilot census all aspects of the digitalization for the census 2020 will be tested, namely:

The Pilot census is held in 5 areas in Aruba, just like it is planned for the 2020 Census: 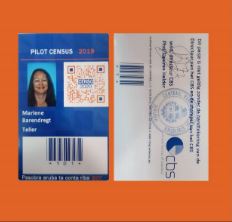 A total of 750 households will be visited in each area.

75 participants will collect data at a total of 4700 addresses. They are recognized by their Census 2020 badge and the CBS logo. 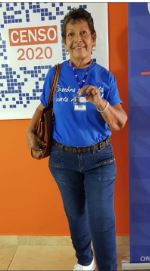 The addresses visited will be questioned digitally using a tablet. The questionnaire is about homes, household, and its habitants.

CBS guarantees the privacy of the interviewees by law (Statistiekverordening – Statistics Ordinance) both during the pilot census as during the census 2020. All collected data will be used solely for the processing of the statistics.

The success of the Pilot census and the census 2020 highly depends on the cooperation of the community.

That is why the slogan is “we count on you”

For questions or information please call telephone 524-7433 or send an e-mail to cbs@setarnet.aw or census2020@cbs.aw.