Political parties M.E.P and RAIZ signed a declaration of willingness to form a government for 2021 – 2025

ORANJESTAD - On July 8, 2020, the political parties Movemento Electoral di Pueblo (M.E.P.) and RAIZ reached an agreement to continue to negotiate to form a coalition government.

On the same day, the two parties met with the mediators Mr. Werleman and Mrs. LaSorte.  During this meeting, they signed a declaration of willingness to negotiate and reach a coalition. 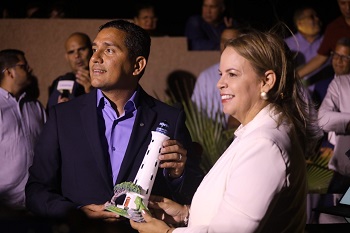 The leader of the MEP, Evelyn Wever-Croes expressed that political party MEP y political party RAIZ have enough similarities to work on a foundation to govern Aruba during the next four years. Since there is still a pandemic on the island, the two parties largely agreed to jointly move Aruba forward to make it stronger and more resilient. 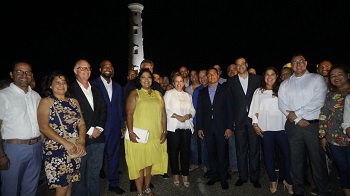 Before a big group at the El Faro Lighthouse, the two parties signed another covenant, a declaration where the parties declare their intention to form a new government. This declaration includes the government agreements under which the coalition will work for the next period, thereby instituting the Cabinet Wever-Croes 2. The parties are negotiating on the main points mentioned in the agreement to form a sound government. 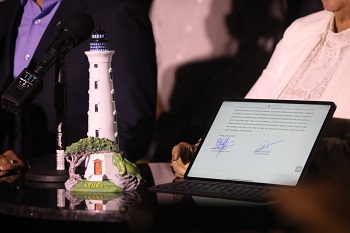 The topics that are priorities for both parties are:

“We believe that 11 seats are broad enough to bring about the required stability to govern our country”, the leader of MEP, Mrs. Evelyn Wever-Croes stated.