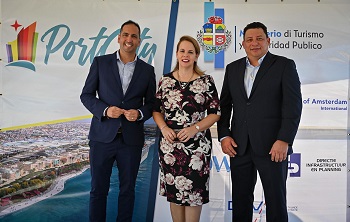 The Port City project will include a $500 million private investment that should create an enormous economic spinoff for Aruba. The project will generate significant employment and revenue for the APA and the Government and help increase Aruba's GDP.

Multiple Governments have exchanged ideas and met with stakeholders before finally deciding what to do with the large area of the former harbor in Oranjestad. The Government's goal is to convert it into a project called Port City, a mix of construction and nature that will remain available for the entire community.

Port City is a master plan, an ambitious plan to create a new city for the future with an implementation period between 10 to 15 years.

The project includes a variety of mixed-use programs, including boutique hotels, condos, open spaces, scenic roads, boardwalks, parking areas, and landscapes. It is a high-quality project with the development of exclusive boutique hotels. The first phase will begin in the former Bushiri Hotel up to the roundabout of Wendy's area. 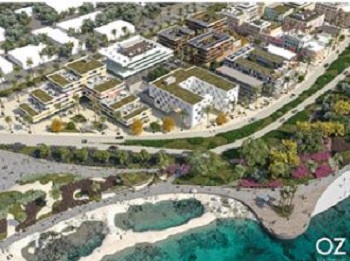 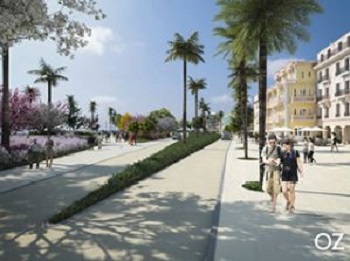 The APA will offer these lands in the form of a sub-leasehold. The tender's winner must to pay 40% of the ground lease in advance and the remaining 60% in 60 years.  APA will reinvest the received income in infrastructure, roads, landscaping, boardwalk, and maintenance.

In this project, sustainability will be central to the building's construction, all of which will have the LEED (Leadership in Energy and Environmental Design) certification while leveraging the circular economic model.

The new city will be very efficient with the use and re-use of the resources, making this a very modern, sustainable, and green project.