ORANJESTAD - At Cas Ceremonial di Gobernador, the Governor of Aruba, His Excellency Alfonso Boekhoudt, officially presented a Royal Decree (KB) on May 19, 2021, to two Aruban marines in honor of their promotion at the Marine Barracks in Savaneta. 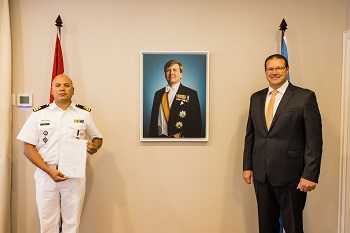 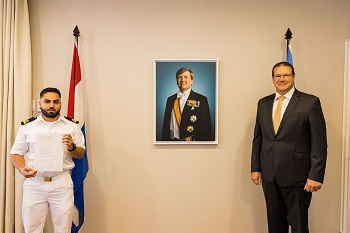 Daniel M. Vrolijk received his Royal Decree as part of his appointment as an officer with the military personnel of Aruba in the rank of second lieutenant of the marines of Aruba (TLNTMARNAR).

After the official handover, the Governor of Aruba held an audience with Mr. Van Beekhuizen. During the audience, Governor Boekhoudt was briefed on various topics, including the Professionalization Caribbean Militia program and the Social Training program. 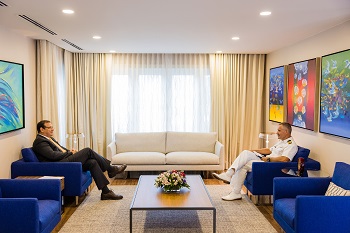