ORANJESTAD - The Governor of Aruba, His Excellency Alfonso Boekhoudt, attended the protocol ceremony in honor of Dia di Betico on Monday, January 25. 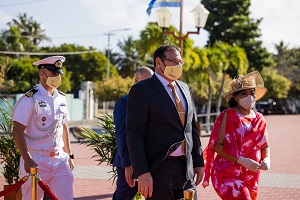 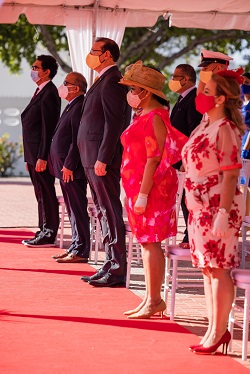 After the national anthem was sung, Pastor Toti Fuentebella said a prayer and Mr. Tai Kong Trimon recited a poem. As part of the program, wreaths were also traditionally laid at Betico Croes' monument. Due to applicable coronation measures, the flowers were laid in advance this year. Mr. Ady Thijsen spoke on behalf of the Parliament of Aruba, followed by a speech from Prime Minister Evelyn Wever-Croes. At the conclusion, the children Jordan Koolman and Javinah Besselink sang the song 'Lant'e', accompanied by pianist Danny Koolman. 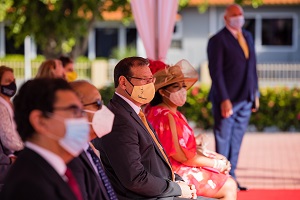