Most people buy new devices like computers, tablets, or smartphones and discard them when they get old or not used anymore. The same applies to companies, organizations, and departments that replace older devices when the older models still function. If discarded devices are not re-distributed or recycle, they will end up in the trash and ultimately in the dump. 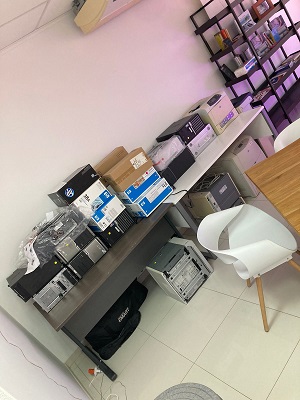 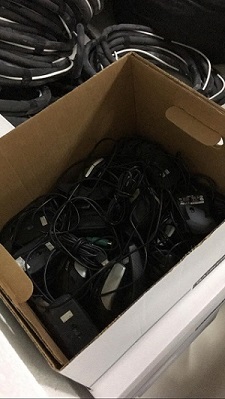 In 2019 FUTURA started collecting computers, hardware, and other materials and technological parts from offices and re-distribute these to different schools and school boards that need these. In 2021, FUTURA collaborated with EPI Students as part of a leadership class. EPI students had to design the initiative and create a name, logo, slogan, and strategy to collect as many devices as possible. That is how they came up with the name "Re-Tech" and its slogan ‘Giving technology a second chance’.

From 2019 until July 2022, FUTURA and other partners collected 815 devices consisting of computers, monitors, keyboards, mice, phones, printers, beamers, cables, and other technological accessories. Organizations and Government Departments, private companies, and the community helped with donating these devices that were no longer in use.

In the past, FUTURA, the Metabolic Foundation, and SKOA re-distributed computers, hardware, and other material to schools. In June 2022, Futura collaborated with the EPB Foundation to re-distribute 105 devices consisting of computers, towers, monitors, keyboards, mice, telephones, and more. EPB will reuse these devices in its new curriculum of ICT Support.

FUTURA is grateful to the Government of Aruba for its support and all their partners in the private, d public, and academic sectors for making ‘Re-tech’ a reality. A special thanks to the EPB Foundation and the community for their support.

Re-Tech is a grassroots initiative, an example of how you can achieve great things and mitigate the impact on the environment through collaboration.

If your organization has devices no longer in use but still functioning like computers etc, contact Futura at hello@futuralab.org to find out how to collaborate with the re-distribution of these unused devices to educational institutions and students who can use these. 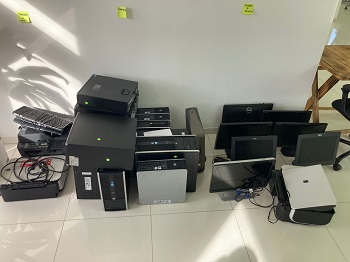 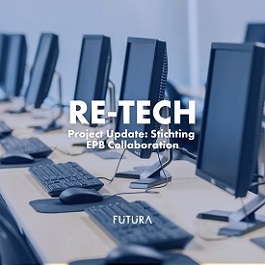 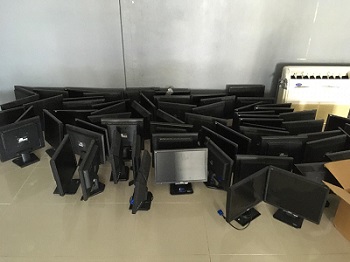