The Prime Minister attended nine crucial and fruitful meetings, especially as pertains to the recovery from the pandemic during the short work visit. 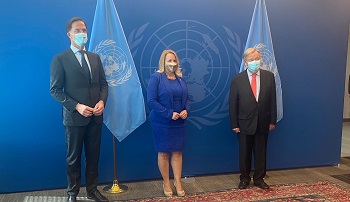 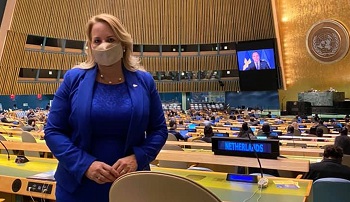 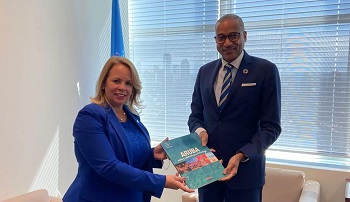 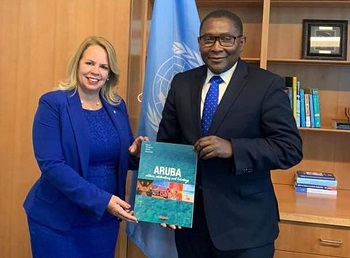 Prime Minister Wever-Croes also met with the High Representative for Small Island Development States, Courtenay Rattray, and the Special Advisor to the Secretary-General on Climate Action, Selwin Hart. These two meetings were crucial because even though Aruba is part of the Kingdom of the Netherlands, the Netherlands makes substantial donations to the United Nations. Consequently, Aruba can not receive donations from the UN, because we are part of a donor country. However, the United Nations realizes that they need to help Aruba in another way. Jointly they made some agreements and the UN will make staff available to help Aruba herewith. 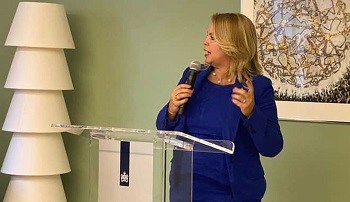 Prime Minister Wever-Croes also met the first female Prime Minister of Barbados, Mia Motley at the General Assembly. The mother of Mrs. Motley was born in Aruba. They held deep conversations and realized that there are many similarities between Aruba and Barbados. 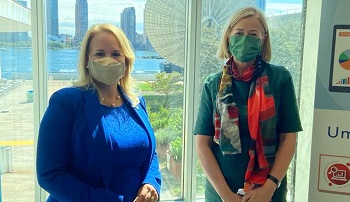 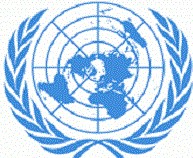 Subsequently, the Prime Minister met with the Dutch Ambassador at the United Nations, Joke Brandt. She explained the new government's vision and the embassy's support in obtaining more opportunities and economic development for Aruba.

“We want to achieve economic growth in Aruba, and there are many opportunities here. I am happy to work with women in key positions. For me, it is essential to work on our plan. We presented our Masterplan “Repositioning Our Sails” and now are looking for interested parties to help us develop our economy”, the Prime Minister stated. 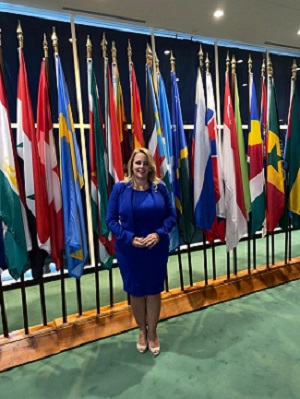 The Prime Minister also presented the Energy Policy of Aruba to examine the possibility of obtaining partners to help Aruba implement this vision. Aruba is also working with the UN Women, which is the department of the United Nations that addresses the rights and positions of women. Aruba is jointly working with the UN Women on Aruba’s Gender Policy and the role that the embassy can play in this issue is essential. 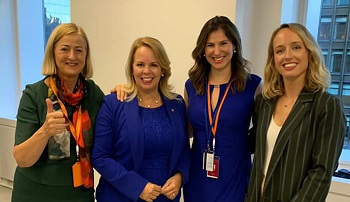 The Prime Minister also met with Netherlands Foreign Investment Agency (NFIA) as the main topics investors. NFIA supports international companies to establish or expand their business in the Netherlands. She presented the challenges Aruba has and the possibilities it offers. The NFIA was very impressed, and they can help Aruba in acquiring foreign direct investments.

Lastly, the Prime Minister met with Prime Minister Rutte on the common topic of discussion of all the prime ministers in New York. In addition, they also discussed the situation in Aruba. Prime Minister Rutte congratulated Aruba on its new government. They talked about the effects the COVID-19 pandemic had on Aruba, and particularly the financial challenges Aruba faces.