ORANJESTAD – On November 14, 2020, a concert dedicated to Carlos Bislip’for his 40 years of dedication to music, was held. 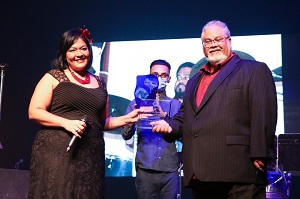 During this concert, the Minister of Finance, Economic Affairs and Culture, Mrs. Xiomara Maduro, surprised Carlos with a recognition for his guidance and positive input towards the musical formation of our talented youth.

Carlos discovered his passion for music at an early age. He took some drum lessons from international drummers performing at the hotels, and soon he took off to study music at one of the best and most renowned music universities in Boston, Berkley College of Music.

He graduated and received his diploma of Performance Major with a drumset as his main instrument. He pursued his Master’s Degree in Arts Administration at Boston University. Once back in Aruba, Carlos started teaching music at the Aruban Music School Rufo Wever. 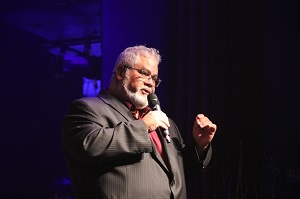 He has an impressive career and is the organizer of multiple concerts and festivals. He is also the organizer and presenter of the UNESCO International Jazz Day Concert.

He also worked as Artistic and Musical Director for many orchestras for important events, like the 25-anniversary celebration of the Status Aparte and at the Bushiribana Concert held for His Majesty King Willem Alexander and Queen Maxima. Since 1990, he is organizing the “Series of Concerts of the Music School Rufo Wever” which he is still doing. He is also known for his music camps that he organizes yearly for the children. Carlos performed on stage with many renowned international musicians like jazz vocalist Mrs. Adela Dalto, Tropical Jazz trumpeter Mr. Humberto Ramirez, famous timbale player Mariano Morales, Tropical jazz pianist sr. Aloisio Aguiar and also Grammy Awards nominee Mr. Edsel Gomez.

Minister Maduro remarks that Carlos’ career list is very long, but what stands out the most is his passion for music, for his job, and his ability to educate, guide, and motivate the youth when it comes to music.

The Minister congratulated and thanked Carlos for his years of dedication to the art of music in Aruba. The Minister also thanked Carlos for inspiring, motivating, guiding, and contributing to the musical formation of the talented youth. Carlos received the recognition award in the name of the Government and community of Aruba. 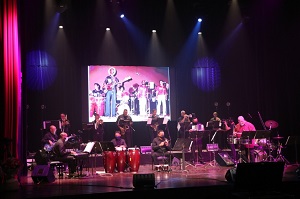 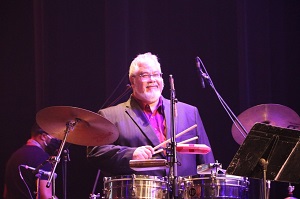 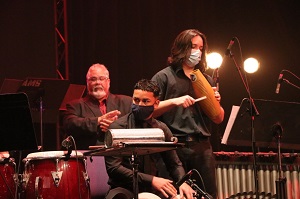