Report of the National Drug Use research: “Tackling the root of the drug problem in Aruba".

ORANJESTAD – On April 14, 2022, the Minister of Tourism and Health, Dangui Oduber and the Minister of Justice and Social Affairs, Mr. Rocco Tjon, received the final report “Tackling the Drug Problem in Aruba at the Root”, from Mr. Glenn Sankatsing, Director of Caribbean Reality Studies Center.

This report is an investigation into the drug problem in Aruba, which, after 25 years, has been thoroughly investigated. 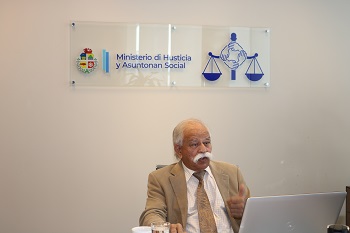 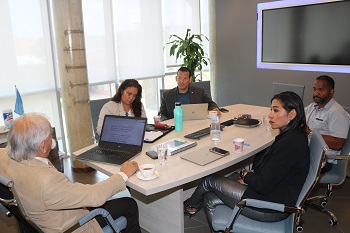 This national report is on the investigation of alcohol and drug addiction in Aruba which can affect social life and also threaten our most important economic pillar, tourism. This research aims to find a possible solution to tackle the problem at the root. The final report has 171 pages and consists of 13 different tests to collect as much information as possible about the nature of the drug problem. Obtaining information and cooperation from various local services involved in the fight against drug and alcohol abuse was essential for this research. 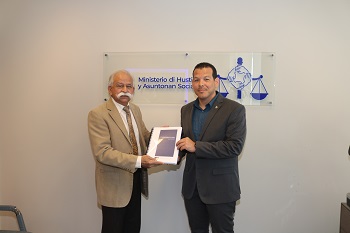 The Caribbean Reality Studies Center (CRSC) received support from the Police Corps and Public Prosecution Office for the needed statistics. To analyze the role of drugs and alcohol, the CRSC received support from the Guardianship Council, Bureau Sostenemi, Fundacion Contra Violencia Relacional, and Stichting Reclassering & Jeugdbescherming. They also collected information from organizations involved in addiction care, such as Adopt an Addict and Consultorio di Asuntonan di Adiccion. Finally, the CRSC has received excellent support from Adopt an Addict and the Adult & Teen Challenge, which succeeded in letting the addicts and former addicts tell their stories.

The Minister of Justice and Social Affairs, Mr. Rocco Tjon, thanks Mr. Glenn Sankatsing of the Caribbean Reality Studies Center for this research and all the departments that contributed to this.