ORANJESTAD - On Friday, April 30, 2021, as part of the General Occasion, the annual presentation of the Royal Awards took place in the Ballroom of the Aruba Marriott Resort. 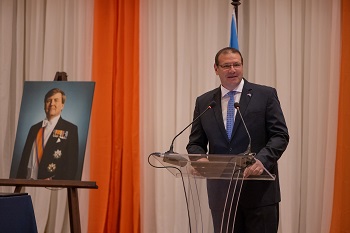 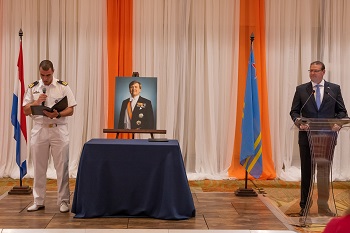 The Governor of Aruba, His Excellency Alfonso Boekhoudt, presented the Aruban decorators present with their ribbons. Because of the applicable coronation measures, the recipients were not pinned on the medals by the Governor. Instead, the ribbons were presented in a luxury box, after which the recipient could pin his or her own ribbon. 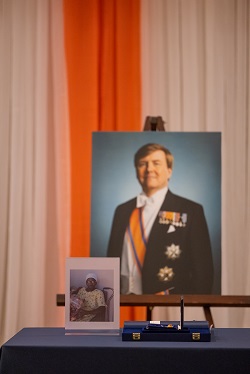 The following persons have been appointed as Ridder in de Orde van Oranje-Nassau:

The following persons were appointed as Member in the Order of Oranje-Nassau:

In the Caribbean part of the Kingdom a total of 80 persons have been decorated this year: 33 in Aruba, 31 in Curacao, 7 in St. Eustatius, 6 in Bonaire and 3 in St. Maarten. A special circumstance this year is that on Aruba a lady of no less than 110 years of age was appointed Member of the Order of Orange-Nassau. Based on historical data, it is suspected that she is the oldest person ever knighted within the Kingdom. 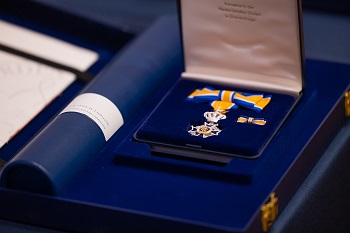 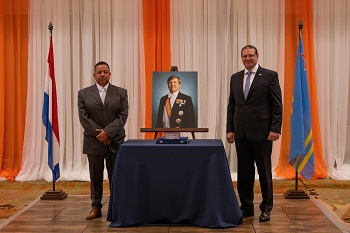 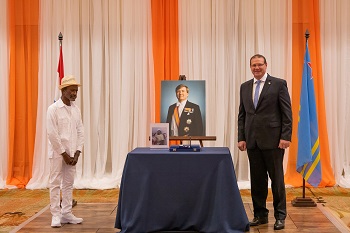 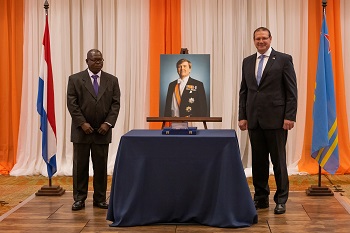 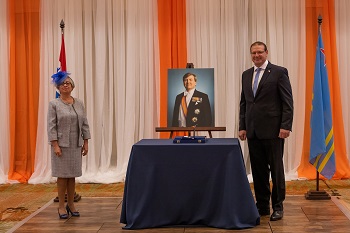 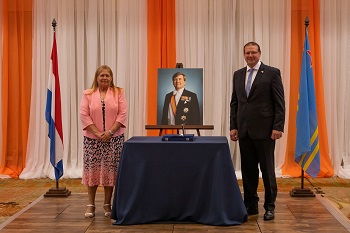 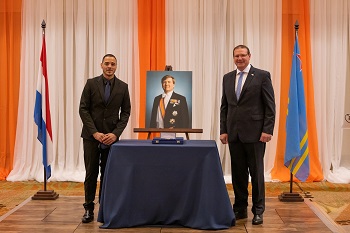 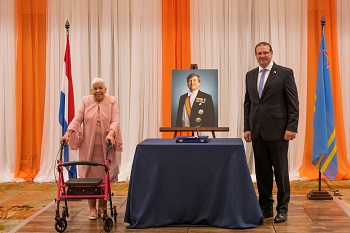 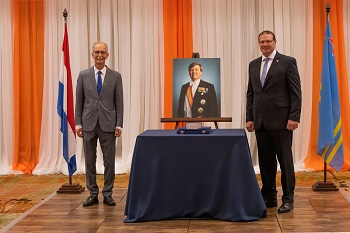 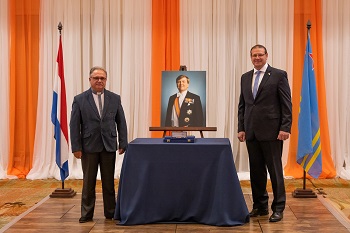 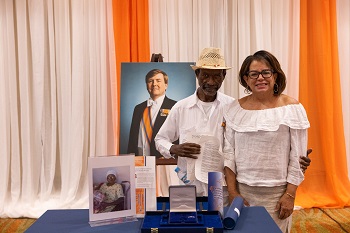 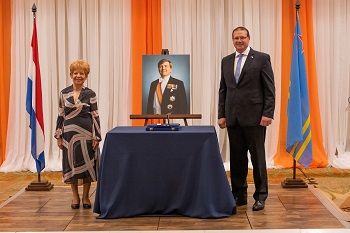