ORANJESTAD – The Minister of Finance, Economic Affairs and Culture informs that Aruba retains its investment rating by S&P Global Ratings, but lowered its long-term foreign and local currency sovereign credit ratings on Aruba to 'BBB' from ‘BBB+' due to the effects of the pandemic.

Due to the negative impact of COVID-19 on tourism and the economy, the rating of BBB+ could not be maintained and was adjusted to BBB. At the same time S&P revised the outlook from negative to stable. 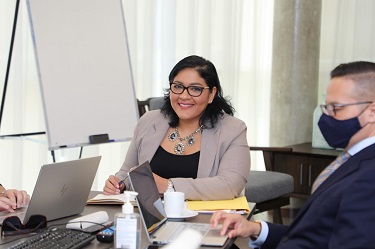 According to the S&P, Aruba is the most dependent on tourism among the countries they rate and the impact of the pandemic was severe for the island.

At the onset of the pandemic in March 2020, the S&P lowered their rating for Aruba's economic and financial situation from stable to negative, indicating that the rating is vulnerable. The S&P also indicated that this was the country most affected by the pandemic.

During their interviews with the different entities in Aruba including the Government, CAFT, representatives of the Netherlands and the private sector, they concluded that the impact of the pandemic on the economy of Aruba is substantial. At the same time, the S&P concludes that Aruba has all the ingredients in place to achieve improvements for the upcoming years and has changed their outlook from negative to stable.

According to the Rating Agency, the aftermath of the pandemic will last for a few years before Aruba can recover from the impact caused by the pandemic and this will cause the national debt to increase for a while, either by funds obtained from the Netherlands or on the commercial market.

Should the economy recover quicker in the coming two years, the S&P will consider upgrading their rating for Aruba. But the risks for this quick recovery depends on the fluctuation in the Covid19 outbreaks and possible travel restrictions, particularly from the USA. These aspects cannot be influenced by Aruba and will only cause the recovery to take longer.

The S&P acknowledges the interest in the refinery and its terminals and a potential opening, but the rating agency opted to not include this in their projections. In 2012, the S&P included the potential opening of the refinery in their evaluation leading to the rating, but had to lower the outlook from stable to negative after the refinery failed to open. Now the S&P opted for a more conservative outlook.

Despite the severe impact of the pandemic, Aruba retains their investment rating. This is a positive signal for entities who invest in the Government, but also for investors who participate in the private sector of our economy.