ORANJESTAD - On Wednesday, May 12, the National Action Plan Committee met with animal care foundations and other private entities who are dealing with the stray dog issue in Aruba.

Mrs. Irene Croes, veterinarian, and president of the action committee gave a presentation of the National Plan. 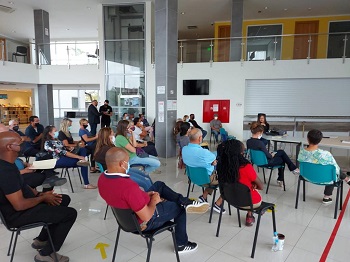 The National Plan consists of three phases and the Dog Control Unit (DCU) completed the immediate action phase. Both the DCU and the CCC were part of the Platform Dog Law (PLdC). A location had to be created first to place the dogs in custody as indicated in the PLdC, which serves the purpose to get the dogs off the streets.

According to the PLdC, the use of dog catchers as a tool to help reduce stray dogs is required. So far, some of the elements in the first phase of the PLdC are for example the mandatory registration of all dogs, establish rules for breeders, and a proposition to make dog sterilization mandatory.

While sterilization of all domestic animals is a great incentive, in the past it failed due to lack of execution. There were no funds available for the execution of mass sterilization at the end of 2017. In 2019, an advising commission, and later an action commission filed a petition for big foundations that receive international funds, to take care of this issue. During the meeting, they filed a petition to find donations for “Fundacion Stimami, Sterilisami” so that they can continue with their program. The president of the Foundation Stimami Sterilisami indicated that they need about 1 million florins to sterilize pets. The Government, in the current position, has no funds available for this. 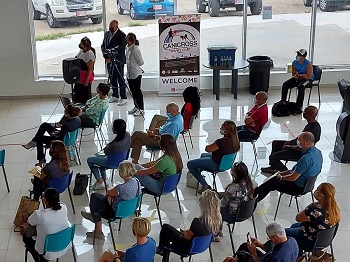 The limited resources available for the execution of the National Plan are used to address irresponsible owners. Since August 2019, they have started with educational programs at schools about the Dog Law. They also have a Facebook page “Stima Mi Mascota” to help create awareness and educate the community about this subject. The previous policy of not giving unwanted pets not even an hour to be rescued remains in the past. Now the stray pets are held for days as indicated in the Dog Law, waiting to find a new owner, using their promotion on their social media page Stima Mi Mascota.

In addition, the CCC attends with the owners when dropping their pets off at the location. It is important to establish very good communication, cooperation, and collaboration between all entities, foundations, and Governmental Departments to successfully implement this law. According to the PLdC, all dogs should be kept on their owner’s property.

Many foundations have already helped with the sterilization of stray dogs, and are willing to assists with the initial phase of the DCU, but only if the dogs are not dangerous or are a threat to their neighborhood. Only with the authorization of the entire neighborhood, sterilized dogs can remain in the area, but with a visible tag to avoid being taken away by the DCU. It should be clear for all foundations that neighbors may call the DCU for assistance with unwanted dogs in the neighborhoods. The foundation, responsible for putting these dogs in the neighborhoods, will ideally have the opportunity to find a permanent new home for these dogs. 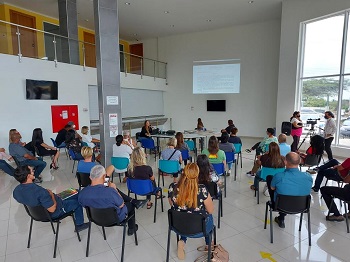 The DCU is here to enforce the law. People are being fined and the Police have been requested to publish the penalties for non-compliance. The authorities hope that dog owners start taking better care of their dogs.

The Dog Law does not only serve to keep dogs on the owner’s property but also to provide appropriate care for all dogs, as animal abuse and neglect are not allowed by law.

The capacity at the CCC is limited. Based on the current financial situation of the Government, they urge the community to do their part, to sterilize their pets, to keep their pets on their property, and to be patient. The DCU has started and is dealing with this issue one step at a time due to the nature of the problem.

The objective is to help motivate the community to become responsible pet owners.