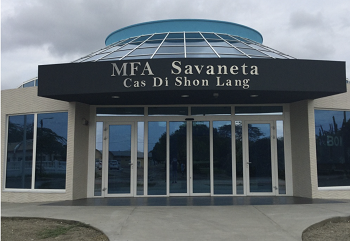 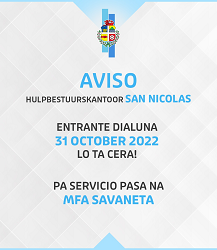 The reason for moving is the precarious state of the San Nicolas office building, which is a potential danger for the workers and people visiting. Plans to restore the building are in the final stage for it to get approval from Parliament.

The relocation is temporary for six to eight weeks while preparing another office in San Nicolas for the Auxiliary Government Office to resume its service to the citizens of San Nicolas.

Since this office provides a specialized service where money is involved, it is not plausible to relocate the office anywhere. The refurbishing work on the new office building started.