The draft budget for 2023 presented to Parliament

ORANJESTAD - On September 1, 2022, the Minister of Finance and Culture, Mrs. Xiomara Maduro, presented the budget proposal for 2023 to the President of Parliament, Mr. Edgar Vrolijk, and the registrar of Parliament, Mr. Herman Hek. 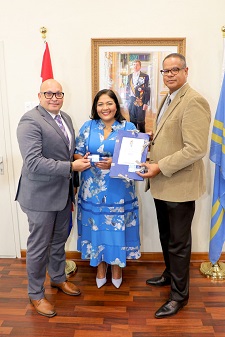 The minister responsible for public finance is happy to comply  with article V.12 of the  Constitution to submit the next year's draft budget on time,  before September 1 of the year before the budget year.

This year, the minister,  once again, presented the draft budget in digital format to the President of Parliament and the registrar of Parliament, Mr. Herman Hek. It gives the legislators ample time to study the proposed budget thoroughly and prepare for the debates for its approval for the Government of Aruba to start in 2023 with the approved budget.

The minister stated that the draft budget is a team effort. She is grateful to the Department of Finance, Legal Affairs and Legislation, all other departments involved, her colleague ministers, and the budget coordinators of the ministries.

The minister urged the President of Parliament to initiate the process of reviewing the proposed budget for 2023. 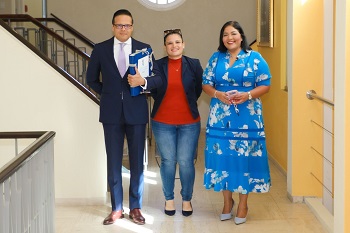 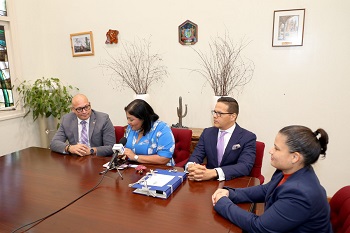 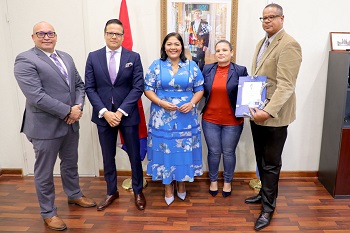