The first time the Ministers of Aruba, Curacao, St. Maarten, and the State Secretary of the Kingdom of the Netherlands meet

It is the first time the Ministers of Aruba, Curacao, St. Maarten, and the State Secretary for Kingdom Relations meet.

These meetings started on Saturday night when the Prime Minister of Aruba and the Minister of Finance, Xiomara Maduro, and the delegation of Aruba met with the State Secretary Kingdom Relations and her delegation. On Sunday, the delegations of Aruba, Curacao, and St. Maarten arrived in Aruba and met during the night hours. 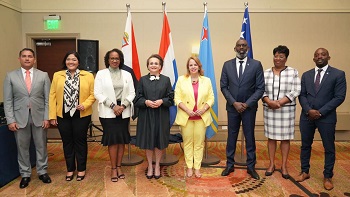 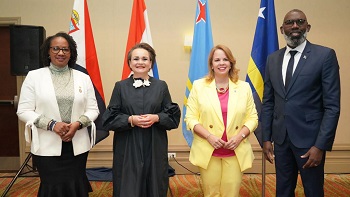 This night they discussed various relevant topics, for example, the meetings regarding COHO and Kingdom relations taking place on Monday. They also discussed the salary retention of 12.6%.

The Prime Minister of Aruba stated that the deliberations are tough, but the discussions are going well. These intensive meetings are on relevant topics regarding the difficult times the Kingdom of the Netherlands countries are facing due to the pandemic. On Saturday, they discussed the RAFT, and on Sunday the COHO and the future Kingdom relations. They will wrap up the meeting with a press conference. For Aruba, Curacao, and St. Maarten, these meetings are essential since the islands have the same goal to get out of this crisis more strongly and resilient, as soon as possible.