ORANJESTAD – Recently, the Minister of Tourism and Public Health, Mr. Dangui Oduber, and the Minister of Labor, Energy, and Integration, Mr. Glenbert Croes, visited the premises of the Embassy Suites by Hilton.

During the visit, the Ministers received a presentation of what the hotel has to offer to their guests. The hotel consists of 330 suites, of which 134 King suites, 196 double queen suites, and two grand suites. All the rooms have spectacular views, either of the ocean or the Bubali Bird Sanctuary. 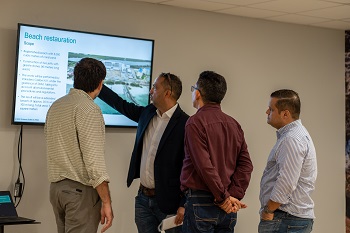 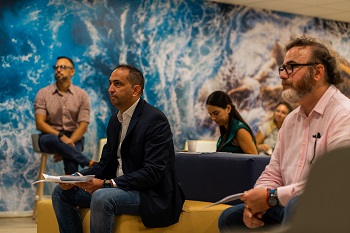 All the rooms will include breakfast. There is a restaurant in the lobby called Brickstone, and near the pool, they will have a grill restaurant called Splash. Each night they will have a reception for their guests where they offer free drinks for 2 hours. It is part of their strategy to differentiate themselves from the other hotels in Aruba while creating the perfect setting for the guests to mingle.

The hotel has a spacious ballroom and several meeting rooms for group events or special occasions. The hotel is on the beach. However, they connected the property directly to the beach with a tunnel for its guests can safely walk to the beach and back.

In the second phase, they will add a spa and casino to the hotel.

The Ministers thanked the GM of the Embassy Suites for the opportunity to tour the site and presentation about what they will be offering. The construction of this hotel is an investment of $130 million and will create between 150 and 200 new jobs, which are essential for the economy of Aruba.

The ministers urges job seekers to contact the DPL and register for a job at the Embassy Suites. The hotel is brand new and needs employees and offers the opportunity to grow in the hotel business. 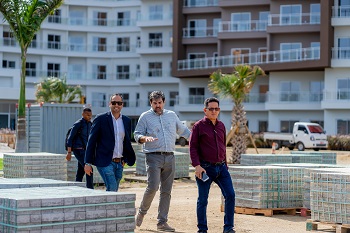 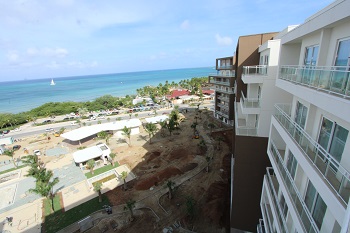 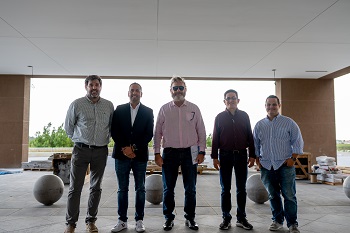