With the execution agenda, we will reconstruct Aruba

According to the Prime Minister, this execution agenda is a big step towards the quicker economic recovery of Aruba.

In the same week, there was a session in Parliament to provide all information about the Landspakket and the Execution Agenda. Each Minister had the opportunity to explain their respective agreements made in the Landspakket. 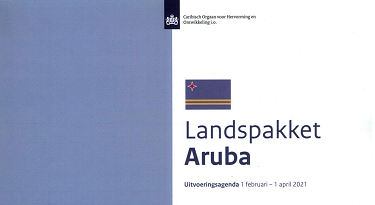 The execution agenda is a result of an intensive process in which the two countries reached the agreement to receive the financial support as indicated in the Landspakket signed on November 13, 2020.

After this period, the Netherlands and Aruba appointed a so-called temporary Work organization (TWO) to serve as a process guardian and to make sure the preliminary work is done correctly. Aruba appointed a “puller”, a local expert in the public sector with relevant expertise related to the subject of “Landspakket.

TWO-AUA, local experts, and the Ministers formed the ecosystem for the management of the Landspakket for Aruba.

The first execution agenda is the result of multiple intensive sessions during the first month of 2021, with experts and professionals from a diversity of sectors. 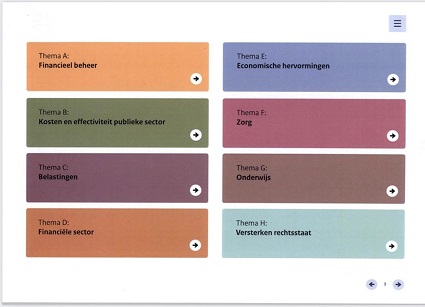 In addition to the execution agenda, Aruba already complied with many agreements even before meeting the deadlines. The execution agenda is a dynamic document which version became official during a meeting with State Secretary Raymond Knops on February 1, 2021.

It was a mutual process where the teams from both countries discussed thoroughly with each other.

The execution agenda requires the maximum effort of all involved due to the lack of sufficient personnel or resources, which the Netherlands on the other hand does have.

Usually, it is the same professionals that are tasked with multiple important assignments. This is something the government does and continues to remind the Netherlands off.

The Prime Minister already indicated to the ministries resorting under General Affairs, that there is a big assignment ready to be executed. Hence there are key tasks stipulated for a.o. the Department of Human Resources regarding work conditions to transform the Government’s HR system into a more adequate system for the future. This may include a system that focuses on the performance and motivation of the employee, work conditions, and efficiency within the system. The aim is to lower the personnel costs while creating a more resilient public workforce. Digitalization is also essential in this transformation. Aruba has in the meantime already taken a huge step into E-Government.

It is important to state that these trajectories mentioned in the execution agenda are the first steps to address the many other topics. Hence, those involved will analyze and consult with each other to take balanced decisions.

Some of the first deadlines for the ongoing tasks are:

The Landspakket addresses many subjects that can lead to a more resilient Aruba by stimulating certain developments and reducing expenses. There are however certain key subjects that require more work. This may include stimulating a new economic development, the environment, and climate change.

These subjects will be addressed in detail in the Masterplan “Repositioning Aruba’s Course”. This Masterplan was created by over 125 experts from the public and semi-public sectors.

It took an effort to align the 2 plans and their trajectories for Aruba to reach a better outcome.

You can find more information in the Implementation Agenda of the financial aid package February 1 – April 2021,