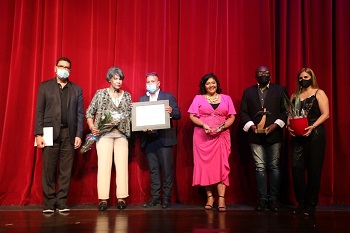 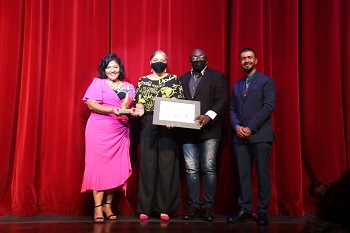 Each year, the National Theater Award is awarded to one person, group, or foundation that has worked and contributed to the development of theater in Aruba. This year, three awards were given.

The National Life-Long Award this year went to the CAS di Cultura for their contributions given to the theatrical world in Aruba for over 60 years. It for the first time that such recognition was awarded to the Cas di Cultura. This award is given yearly on the designated date. 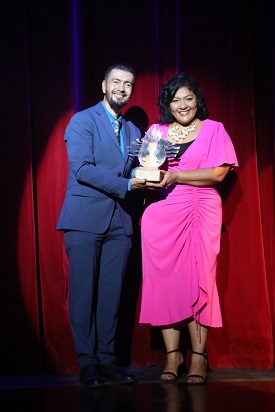 The second National Theatrical Award this year went to the director, actor, and writer Mrs. Lenie JeanD’or, for her dedication and long trajectory in the theater industry and her second publication “Stage Manual”. 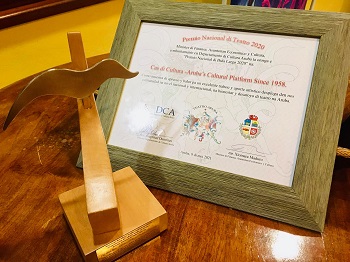 The third person recognized was Jhon Freddy Tobón Montoya for his immense efforts for the culture of Aruba. He has given his heart and soul for the art on stage.

Since the year 2000, Jhon Freddy Montoya, in his position as a public worker at the Aruba Culture Institute, now the Department of Culture (DCA) has organized World Theater Day yearly. He received a certificate as well as an art piece created by Frank Croes.

The Minister of Culture Mrs. Xiomara Maduro had the honor to present the awards to the winners and congratulated all organizations, actors, directors, writers, producers, composers, poets, professionals, and non-professionals in the theatrical industry on their day. The Minister was also very grateful to all who made the special event possible including the DCA and the volunteers.